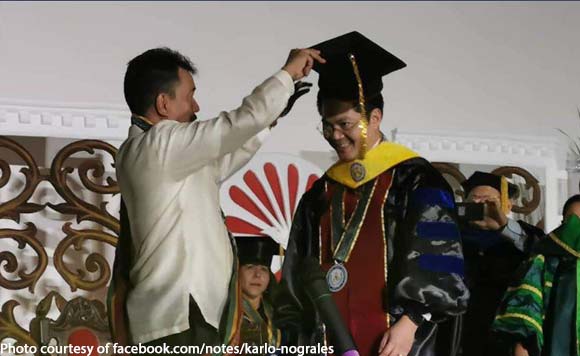 Cabinet Secretary Karlo Nograles was conferred an honorary doctorate degree by the West Visayas State University (WVSU) after he attended the inauguration of the school’s rehabilitated cultural center.

The degree was awarded “to give respect, acknowledgment and recognition to worthy Filipinos who are instrumental in bringing forth progress,” the institution said.

In his acceptance speech, Nograles thanked the University and its Board for the “singular honor of being recognized for my work in government.”

He added that WVSU was one of the respected educational institutions in the region fully capable of producing professionals who were leaders in their respective fields.