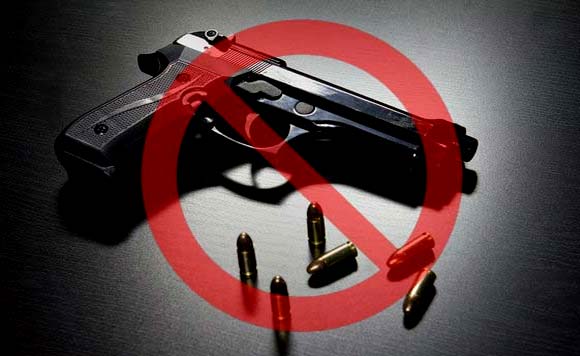 0 361
Share
Want more POLITIKO News? Get the latest newsfeed here. We publish dozens and dozens of politics-only news stories every hour. Click here to get to know more about your politiko - from trivial to crucial. it's our commitment to tell their stories. We follow your favorite POLITIKO like they are rockstars. If you are the politiko, always remember, your side is always our story. Read more. Find out more. Get the latest news here before it spreads on social media. Follow and bookmark this link. https://goo.gl/SvY8Kr

The first day of a gun ban for the May 2019 midterm elections led to the arrest of aleast three persons in Western Visayas.

Francisco was caught carrying a cal-.38 handgun with ammunition during the checkpoint operation conducted by Calinog police and the Calinog Commission on Election officer.

In Barangay San Rafael in Dumalag (Capiz), police arrested Gil Halang Jr., 45, at 1:30 a.m., for allegedly brandishing a handgun while at a community dance.

Barangay tanods were alerted to Halang by a group of teenagers. Seized from him following the hot pursuit operation was a cal-.45 pistol.

The third arrest was that of Djna Licera, 54, of Barangay Amamaros, Pototan, Iloilo, during a sting operation.

Seized from Licera were seven sachets of suspected methamphetamine (shabu), P100 in marked money, and a cal-.45 pistol.