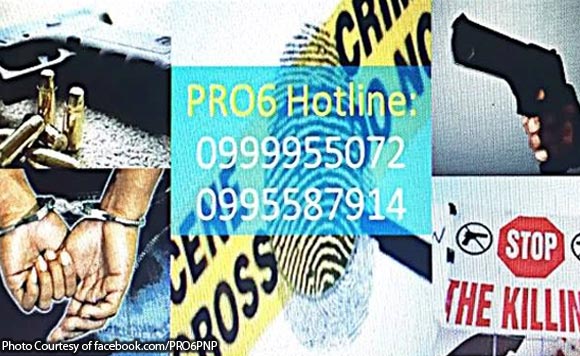 Police in Western Visayas want the public to help discourage indiscriminate firing during the New Year revelry by taking videos of the offenders – and posting them to the police’s Facebook page.

The Police Regional Office 6 said this is part of its campaign to have “zero incidence” in its campaign against indiscriminate firing or illegal discharge of a firearm.

“We further encourage the public to report immediately to PRO 6 (hotlines: 09999955072 and/or 09995587914) any incidence of indiscriminate firing or illegal discharge. If possible, take video of the incident and inform us through this FB page,” it said late Thursday.

“Let’s join hands in ensuring a happy and safe celebration of New Year,” it added.

The PRO-6 Facebook page is at (Police Regional Office 6).

But the PRO-6 did not immediately say if it would make public some of the videos submitted to it.

He said they will use the PNP’s database of all licensed firearms and the Crime Laboratory’s integrated ballistics identification system to identify the violators.

The PRO-6 is also seeking to bring down cases of firecracker incidents in the region.

Iloilo province had the most number of incidents at 18 while Capiz had 16 incidents with 17 injuries. Iloilo City had two and Guimaras had one.