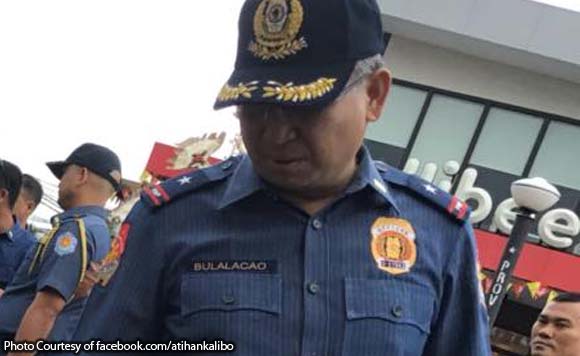 0 272
Share
Want more POLITIKO News? Get the latest newsfeed here. We publish dozens and dozens of politics-only news stories every hour. Click here to get to know more about your politiko - from trivial to crucial. it's our commitment to tell their stories. We follow your favorite POLITIKO like they are rockstars. If you are the politiko, always remember, your side is always our story. Read more. Find out more. Get the latest news here before it spreads on social media. Follow and bookmark this link. https://goo.gl/SvY8Kr

The entire anti-drug team of the Western Visayas police could be reshuffled following a controversial raid on the family of slain suspected Western Visayas drug personality Melvin Odicta.

“It is my belief that units such as RDEU should be clean and credible,” Bulalacao said.

He was referring to the controversy involving RDEU-6 personnel, following the raid against the family of Odicta.

Bulalacao said his decision would depend on the result of the investigation on the raid led by the Philippine Drug Enforcement Agency in December 2018.

However, he did not give any deadline for the submission of the investigation results.

PRO-6 indicated one of them holds the rank of Police Senior Inspector, one SPO2, one Police Officer (PO)3, three PO2s, and a PO1.

They were part of the team that raided the Regalados’ house at Barangay Sambag, Jaro, Iloilo City on Dec. 13, 2018.

She said the officers “looted, took and carried away against my will and consent my personal properties that were being kept at my house.”

Also, she said they “destroyed the closets and drawers where I kept my valuable belongings with a clear intent to gain.”

Candelaria claimed they lost P2.466 million worth of valuables.

Aside from Nilda, the raiding team also arrested her husband Arnulfo and Arnulfo’s brothers, Cyril Regalado, 51, and Leo Regalado, 48.

The RDEU earlier said they were merely the support team while PDEA operatives scoured the Regalados’ house.

On the other hand, PDEA failed to file an inquest case against the Regalados before their detention period expired.

PDEA blamed their broken down printer and photocopying machine as reasons for the delay.

They released the four suspects and later file a case against them for violating Republic Act 9165 (Comprehensive Dangerous Drugs Act of 2002).