Will he run or not? Negros Vice Guv Lacson to decide this month 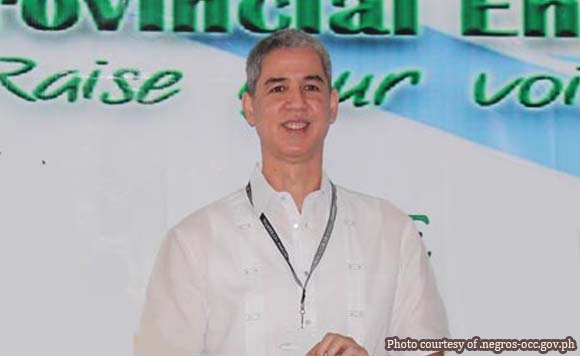 Negros Occidental Vice Governor Eugenio Jose Lacson has decided to stop the guessing game by promising to announce his 2016 election plans on or before the end of the month.

“I will make a decision within this month,” the Daily Guardian quoted him as saying.

“But my priority is to run for re-election,” Lacson pointed out.

The vice-governor also promised that he will also explain why he will “run for the post he has chosen or why he will not run at all.”

The dilly-dallying Lacson said that what will influence his decision is who the Nationalist People’s Coalition (NPC) will support in the 2016 presidential race.

“We really don’t know what the instructions will be if the NPC will not support Mar Roxas. I really can’t tell if the NPC will still endorse me if it chooses another candidate for president. During the 2010 elections we were allowed to support who we want,” he explained.

Lacson stressed that if he seeks re-election and will be challenged by 4th District Rep. Jeffrey Ferrer, “it will be very good” for Roxas.

“If I do decide to run for any position, it will be based on the support of mayors under Love Negros,” he pointed out, referring to the local NPC party.