Why the delay? Complainant in graft case calls for CDO mayor’s immediate dismissal 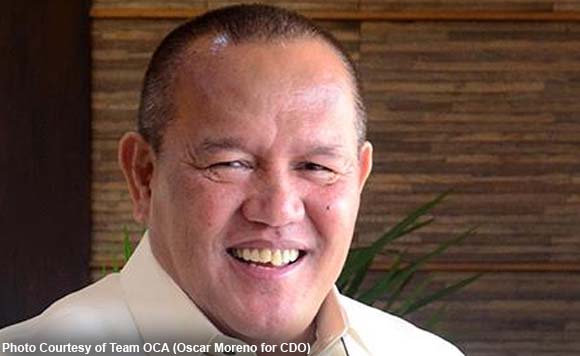 The complainant in the graft case against Cagayan De Oro City mayor Oscar Moreno is growing impatient in the apparent delay in the serving of the dismissal order against the local chief executive.

William Guialani warned that if the Department of Interior and Local Government (DILG) would not be able to serve the dismissal order by November 12, he will file charges against the agency.

Guialani pointed out that the Office of the Ombudsman has given the local DILG office 10 days, or until November 12, to serve the dismissal order on Moreno.

“I will not hesitate to file charges against Usec Panadero if he fails to approve the order within the 10-day period required by the Ombudsman,” Guialani said in a Manila Times article, referring to DILG Undersecretary Austere Panadero.

Guialani warned that Panadero would face charges of neglect of duty if he fails to transmit the order of the Ombudsman.

He said he would even stay or sleep “even under the DILG building” until he gets a copy of the transmittal order approved by Panadero.

“Once Panadero approves the transmittal order of the Ombudsman, the order to dismiss Moreno would be transmitted through electronic recording. In seconds, the order would be in the office of the DILG Regional Office in Cagayan de Oro City,” Guialani explained.

Along with two other mayors in Mindanao, Moreno was sacked over charges of Grave Misconduct, Serious Dishonesty, Gross Neglect of Duty, and Conduct Prejudicial to the Best Interest of the Service.

The Ombudsman found Moreno guilty of entering into a settlement agreement with Ajinomoto Philippines without prior authorization from the Sangguniang Panlungsod.

The agreement supposedly allowed Ajinomoto to pay P300,000 instead of its original local business tax deficiency of P2.9 million.

Moreno has vowed to fight back and reverse the Ombudsman’s dismissal order.