Why is there a drug den near the Cebu City hall? 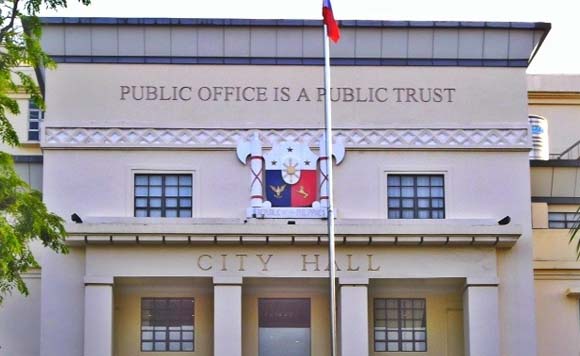 0 416
Share
Want more POLITIKO News? Get the latest newsfeed here. We publish dozens and dozens of politics-only news stories every hour. Click here to get to know more about your politiko - from trivial to crucial. it's our commitment to tell their stories. We follow your favorite POLITIKO like they are rockstars. If you are the politiko, always remember, your side is always our story. Read more. Find out more. Get the latest news here before it spreads on social media. Follow and bookmark this link. https://goo.gl/SvY8Kr

Some 10 meters from the Cebu City hall are three two-storey houses where customers, reportedly city hall employees and students, are free to go in and buy shabu like a tiangge.

Cebu City mayor Michael Rama was so dumbfounded after the National Bureau of Investigation (NBI) raided the shabu dens on Wednesday, November 11, and arrested seven persons.

The drug den is located in Sitio Lutaw-lutaw in Santo Niño, literally a stone’s throw away from the city hall.

Rama has ordered the city’s Division for the Welfare of the Urban Poor to conduct an inventory in the area, identify the businesses located there and find out if these have permits from the city government.

“Check on the area because if it is a Sodom and Gomorrah area, then why should that thing continue to exist?” he said in a Sunstar article.

The shabu dens are complete with cubicles where customers can sniff the shabu they bought, according to NBI.

The headquarters of the Cebu City Police Office’s tourist police unit is also a few meters away from the den.

In ordering an investigation, Rama said he wants to know the personalities protecting the shabu den, and have them arrested and charged in court.

He commended the NBI for the successful raid.

“There is no sacred cow because I am really of the view that drug-making (activities) are just under our noses,” the mayor said.

The mayor believes those operating illegal activities in Sitio Lutaw-lutaw transferred there after he ordered the demolition of a dilapidated building near the executive building years ago.