Who will Mayor Escalante support for president? 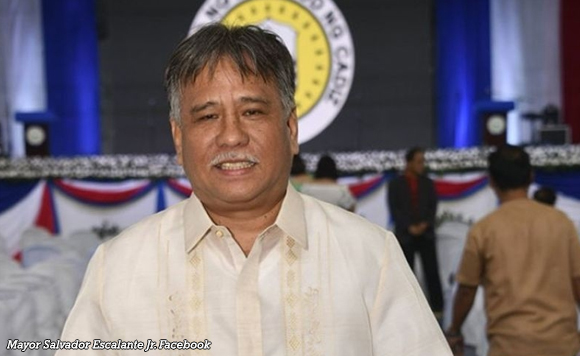 0 31
Share
Want more POLITIKO News? Get the latest newsfeed here. We publish dozens and dozens of politics-only news stories every hour. Click here to get to know more about your politiko - from trivial to crucial. it's our commitment to tell their stories. We follow your favorite POLITIKO like they are rockstars. If you are the politiko, always remember, your side is always our story. Read more. Find out more. Get the latest news here before it spreads on social media. Follow and bookmark this link. https://goo.gl/SvY8Kr

Majority of mayors in Negros Occidental, including those affiliated with United Negros Alliance (UNegA), where Escalante is presently its secretary general, and Vice Governor Jeffrey Ferrer have signified their support to Marcos. (https://bit.ly/3GmposN)

Members of the UNegA, a Negros-based political party, have been given a free hand to choose whom they will support in the presidential race.

On one hand, the Marañon clan in Sagay City is supporting Robredo “as she is their personal friend,” revealed Escalante.

The mayor also said his family also expressed their support to the Vice President.