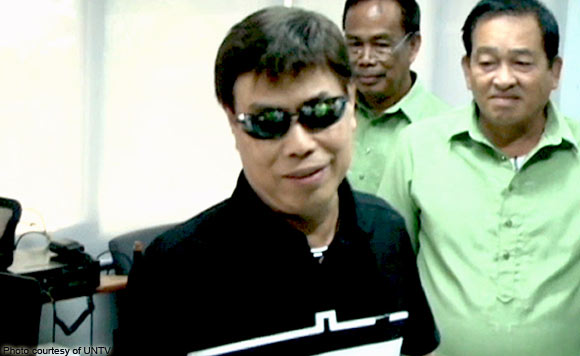 The Criminal Investigation and Detection Group in Central Visayas (CIDG-7) is trying to locate the whereabouts of suspected drug lord Peter Lim following the issuance of an arrest warrant against the Cebuano businessman by a Makati City court.

Newly-installed CIDG-7 Regional Director Lito Patay on Tuesday said they are now looking for Lim as they believe the suspect is still in Cebu.

“Actually, we started looking for Lim after the Department of Justice (DOJ) has sought for a hold departure order against him,” Patay said.

Patay said it won’t be easy serving the warrant to Lim, but they will try their very best to enforce it in an orderly manner.

The DOJ found sufficient evidence to indict Lim on charges of “conspiracy to commit illegal drug trade” and asked the Makati Regional Trial Court to issue a warrant for his arrest.

The DOJ also used as basis the testimony of self-confessed drug lord Rolando “Kerwin” Espinosa Jr. during the Senate hearing, where Kerwin claimed that Lim was his supplier.

Lim has been tagged as a big-time drug lord operating in Cebu since the early 2000s. (PNA)