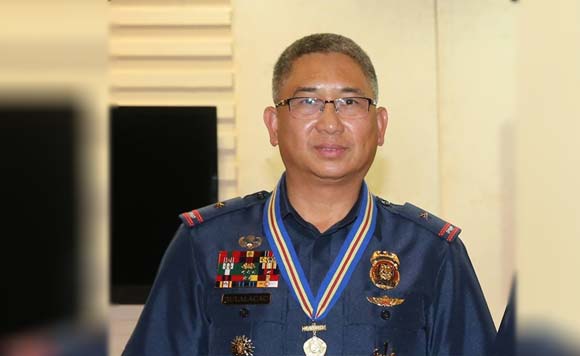 0 322
Share
Want more POLITIKO News? Get the latest newsfeed here. We publish dozens and dozens of politics-only news stories every hour. Click here to get to know more about your politiko - from trivial to crucial. it's our commitment to tell their stories. We follow your favorite POLITIKO like they are rockstars. If you are the politiko, always remember, your side is always our story. Read more. Find out more. Get the latest news here before it spreads on social media. Follow and bookmark this link. https://goo.gl/SvY8Kr

The Police Regional Office 6 will intensify its campaign against illegal gambling operations as the May elections draw closer.

The illegal gambling enterprise is one of the possible sources of funds of criminal syndicates, according to regional director Chief Superintendent John Bulalacao

Bulalacao said in The Daily Guardian report that criminal syndicates could be used by politicians to advance their interests.

The official also noted the rising number of police operations against illegal gambling.

On February 9, a former Philippine National Police leader visited Bulalacao at his office and reported that a mayor has been operating bookies in his province and its neighboring towns.

“This mayor will be monitored and if we gather enough evidence, we will arrest him,” he said.