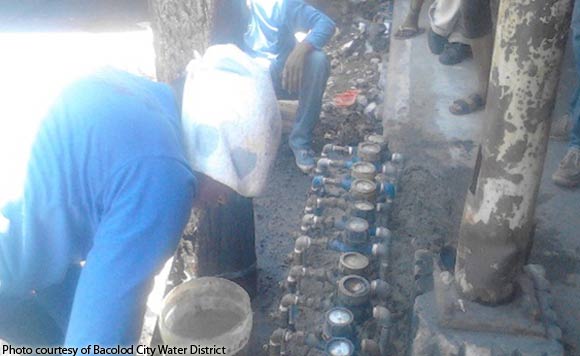 A severe water shortage has prompted Bacolod City to drill at least six new wells while waiting for its bulk water supply project to kick in.

The Bacolod City Water District disclosed this after admitting the shortage to city officials.

Baciwa general manager Mario Macatangay said they need about 60 million liters per day to satisfy the maximum daily demand, but Baciwa can supply only 43 million liters a day.

Baciwa is also negotiating for three other sites at City Heights.

He added they expect the bulk water supplier to deliver by October 2017. At this time, he said they expect to “significantly improve” service to customers.

“With the bulk water supply, at least we can reach the 60 million liters per day level and be able to address the demand during weekends,” Macatangay said.