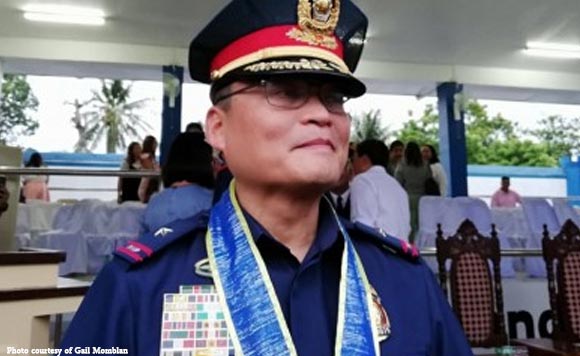 0 656
Share
Want more POLITIKO News? Get the latest newsfeed here. We publish dozens and dozens of politics-only news stories every hour. Click here to get to know more about your politiko - from trivial to crucial. it's our commitment to tell their stories. We follow your favorite POLITIKO like they are rockstars. If you are the politiko, always remember, your side is always our story. Read more. Find out more. Get the latest news here before it spreads on social media. Follow and bookmark this link. https://goo.gl/SvY8Kr

Get rid of drugs. These were the marching orders of new Western Visayas police chief Brig. Gen. Rene Pamuspusan to the Bacolod City Police Office.

Pamuspusan noted Bacolod, a highly urbanized city, is the number one problem area in Western Visayas in terms of illegal drugs.

“This is a challenge to the police chiefs and the whole city police force,” he said, adding the city attracts many visitors (https://dailyguardian.com.ph/get-rid-of-drugs-bacolod-cops-told/).

He added Bacolod will comply with directives in the anti-illegal drug campaign. “I’m sure they are doing their jobs to negate and solve this problem, he said.

Pamuspusan, in a command visit to the BCPO headquarters, commended their efforts in the campaign against illegal drugs.

BCPO confiscated an estimated P22,375,998.60 worth of shabu and marijuana from January to June this year.

BCPO records showed that 318 operations were conducted which resulted in the apprehension of 492 persons.

The biggest drug haul in seven months was the seizure of P6.2 million worth of suspected shabu from two drug bust operations last month.