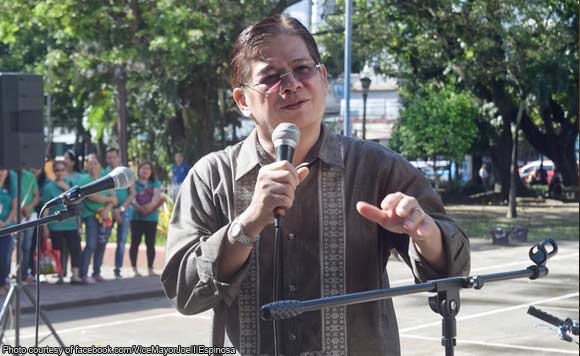 Mayor Jose Espinosa III vowed to make this city clear of illegal drugs starting with barangays where the problem is less widespread.

“I would rather start from less infected (barangays).We will tackle the worst with all the might of our campaign for them to become compliant with our campaign,” he said during his regular press conference.

The effort started with the submission of the documents of eight barangays for validation to the regional oversight committee, headed by the Philippine Drug Enforcement Agency (PDEA) Thursday last week.

“They were cleared at the level of the city government and documents were already submitted to the regional oversight committee, which is the final body to declare that the villages are drug-free,” he said.

Espinosa said a committee was formed at the city level to determine if these barangays are really drug-free.

The mayor said that they hoped that these barangays will be declared before the year ends.

While waiting for the final validation to be completed, the city government is already preparing the next set of barangays to be declared as drug-free.

He said that they relied on interagency reports of the PDEA, the Philippine National Police (PNP) and this city government. (PNA)