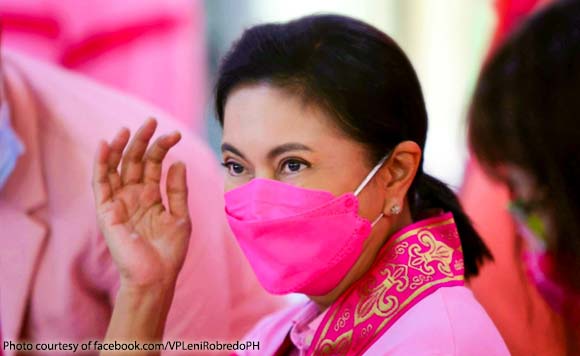 0 52
Share
Want more POLITIKO News? Get the latest newsfeed here. We publish dozens and dozens of politics-only news stories every hour. Click here to get to know more about your politiko - from trivial to crucial. it's our commitment to tell their stories. We follow your favorite POLITIKO like they are rockstars. If you are the politiko, always remember, your side is always our story. Read more. Find out more. Get the latest news here before it spreads on social media. Follow and bookmark this link. https://goo.gl/SvY8Kr

Vice President Leni Robredo is the leading presidential candidate in Negros Occidental, according to a province-wide survey done by a Bacolod-based group composed of academe.

Former governor Rafael Coscolluela, chair of the Robredo People’s Council in Negros Occidental, revealed that the April 1 to 15 survey showed that Robredo is comfortably ahead with 41 percent against 30 percent of rival Ferdinand Marcos Jr.

“The survey, the third in a monthly series, reflects the results of hard on-ground campaigning by scores of volunteers throughout the province,” said Coscolluela. (https://bit.ly/3vF8Vf9)

Coscolluela also noted a high percentage of undecided voters at 15 to 20 percent in the province.

“Maybe they are confused by fake news, trolls and black propaganda, as they have yet to pick their presidential candidate,” he explained.