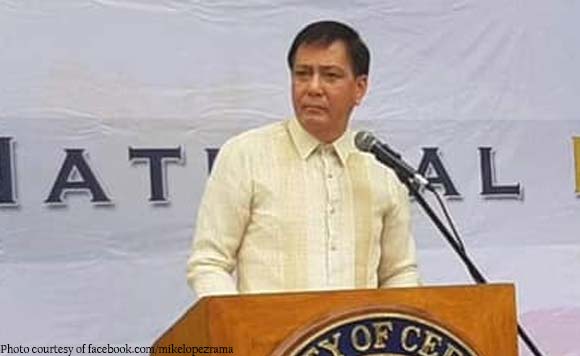 0 1,366
Share
Want more POLITIKO News? Get the latest newsfeed here. We publish dozens and dozens of politics-only news stories every hour. Click here to get to know more about your politiko - from trivial to crucial. it's our commitment to tell their stories. We follow your favorite POLITIKO like they are rockstars. If you are the politiko, always remember, your side is always our story. Read more. Find out more. Get the latest news here before it spreads on social media. Follow and bookmark this link. https://goo.gl/SvY8Kr

Rama said he has some concerns to raise to Duterte, such as the plight of displaced sidewalk vendors and the 500th year anniversary celebration of Christianity.

“I have been trying to get that appointment. I have been asking Senator Bong Go to help,” according to him.

Members of the United Small Vendors and Traders of Cebu City earlier went to the Vice Mayor’s Office to ask for his help in order for them to be able to sell their wares again even just for the “Kalag-Kalag.” (https://www.philstar.com/the-freeman/cebu-news/2019/10/31/1964881/displaced-vendors-seek-ramas-help#hPWyhyRayGiRx5g1.99)

They claimed that for the last two months their situation has been very difficult since they cannot regularly earn a living.

“I would like to take action. The vendors are also looking for ways. But it’s really up to the president,” said Rama.