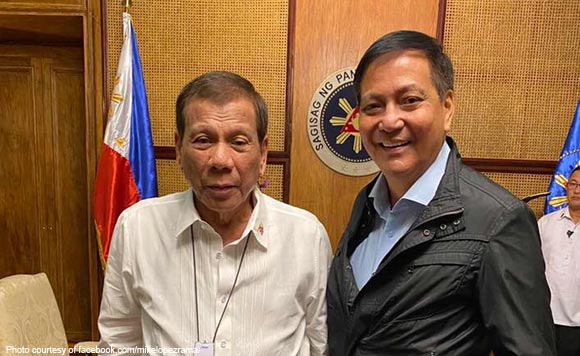 Rama said he was able to talk to Duterte about the environment, road clearing, 500 years of Christianity., and a confidential matter.

The vice mayor, the chair of the City Council’s Committee on Environment, said he told the president that he wanted to have a hand in addressing the environmental concerns in the city.

While he lauded Duterte with his road clearing directive, Rama suggested that a structure should be put up where the displaced vendors can sell their wares. (https://bit.ly/2Oed4BR)

The structure can contain an escalator, an ordinary type which is not expensive, and an industrial elevator that can be used by the people, especially the persons with disability, according to him.

Another concern was regarding Duterte’s pronouncement that there is no need for the celebration of the 500th year of Christianity in the Philippines.

“He was okay with it. You don’t have to be worried about his position in Naga,” Rama said.