VM Rama: Flyovers not a solution for traffic 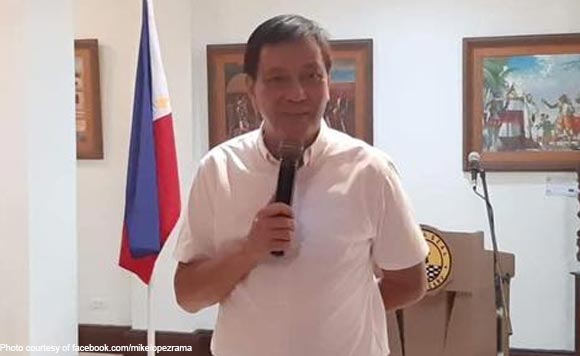 0 391
Share
Want more POLITIKO News? Get the latest newsfeed here. We publish dozens and dozens of politics-only news stories every hour. Click here to get to know more about your politiko - from trivial to crucial. it's our commitment to tell their stories. We follow your favorite POLITIKO like they are rockstars. If you are the politiko, always remember, your side is always our story. Read more. Find out more. Get the latest news here before it spreads on social media. Follow and bookmark this link. https://goo.gl/SvY8Kr

Rama issued this remark following a request from the Department of Public Works and Highways (DPWH) – 7 for the council to approve the cutting of trees that will be affected by infrastructure projects the agency will implement in Cebu City.

“Perhaps, this request was an offshoot to what happened to the cutting of century-old trees along the Capitol area, which did not seek the approval of this Sanggunian,” the vice mayor said.

“As chairman of the Committee on Environment, it can be recalled that I delivered a privilege speech strongly denouncing such approval of the cutting of trees and implementation of projects within our territorial jurisdiction without the knowledge, information and approval of this Sanggunian which is provided under the Local Government Code of 1991,” he added.

Rama said he has since opposed flyovers as a solution to the city’s traffic problem, even when he was mayor.

“By constructing the flyovers in the said area, it will not only fail to address traffic congestion but it will definitely affect the area which is of cultural significance and forms part of the patrimony of Cebuano heritage and culture,” he explained.

“I submit that there are major alternatives to address this perennial problem.”