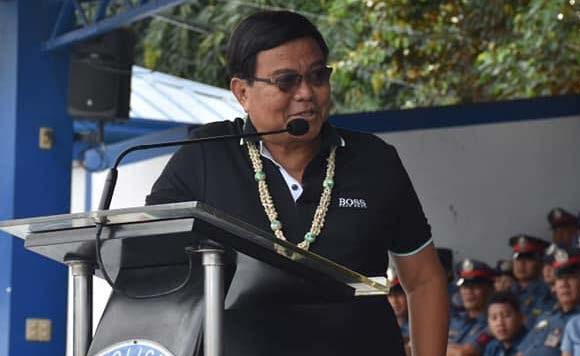 CEBU CITY — The presiding officer of the City Council here on Monday said his fellow candidates in May 13 elections should stop dragging police personnel into politics by accusing them of harassing officials in mountain barangays here.

Vice Mayor Edgardo Labella said police authorities do not deserve to be painted with a bad image and making unsubstantiated accusations that cannot be backed by solid evidence was unfair.

Labella’s statement came after Mayor Tomas Osmeña posted on his Facebook page that at “1:30 in the morning on Palm Sunday, masked men riding 10 motorcycles all without license plates went to the mountain barangays on Sinsin and Bonbon, pulling out our postering materials.”

Osmeña’s post also said that the policemen “also threatened the bystanders and the people who were awakened by the noise, pointing at them and threatening them”.

The police, Labella said, have operational activities that are meant to ensure that Cebu City will have an honest, peaceful, and orderly elections on May 13 and to prevent criminal elements from succeeding their illegal activities during the campaign.

The mayor also said that at 8 p.m. on April 13 (Friday), “unidentified police personnel went to the house of Agsungot captain Peter Damaolao”.

When the alleged “unidentified police personnel” were told the official he was looking for was not around and were asked what their business was all about, they left the area without saying anything. Allegedly, they refused to identify themselves.

Labella described the allegation as unbelievable, saying that a screengrab of CCTV footage circulating on Facebook has no indication that the police were involved in the alleged threatening incident.

“Dakong bakak ang accusation nga gi-terrorize sa police and Cebu City. Kun imong tan-awon ang screenshot sa (The accusation that the police terrorize Cebu City is big lie. If you look at the screenshot of the) CCTV footage of the alleged April 13 (8 p.m.) incident wala gyud bisan gamay nga indication nga involved and police (there is not even a slightest indication that the police are involved),” he said.

Labella also defended the police checkpoints being conducted in the mountain barangays as part of the police effort in preserving peace and ensuring security among residents in the hinterland areas.

The police also need to establish Comelec checkpoints to enforce ban on carrying of firearms outside the residents at the entire duration of the election period, he said.

He said the police are “just doing their job”.

Osmeña and Labella are both candidates for mayor in this city, with the former running under his local party Bando Osmeña Pundok Kauswagan (BOPK), while the latter, under the Partido Demokratiko Pilipino-Lakas ng Bayan (PDP-Laban).

The Cebu City Police Office (CCPO) under Col. Royina Garma is yet to release a statement regarding the allegations of the incumbent mayor.

Earlier, Osmeña issued a 10-day ultimatum for the city police to identify the alleged perpetrators of the recent strafing incidents involving four village chiefs in the mountain barangays here.

He also issued a memorandum against Garma and the city police, prohibiting police operatives from wearing full mask during drug operations.

However, Philippine National Police chief, Gen. Oscar Albayalde, during his visit to Cebu last week, defended the police in wearing mask during operations, stressing the need to protect the operatives from possible retaliation by criminal syndicates. (PNA)