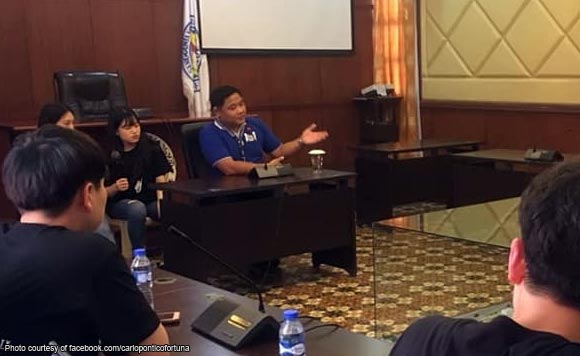 0 542
Share
Want more POLITIKO News? Get the latest newsfeed here. We publish dozens and dozens of politics-only news stories every hour. Click here to get to know more about your politiko - from trivial to crucial. it's our commitment to tell their stories. We follow your favorite POLITIKO like they are rockstars. If you are the politiko, always remember, your side is always our story. Read more. Find out more. Get the latest news here before it spreads on social media. Follow and bookmark this link. https://goo.gl/SvY8Kr

The opposition-allied majority of the Mandaue City Council earlier approved a resolution, directing the the Commission on Elections (Comelec) to junk any petition of the city for exemption from the prohibitions against disbursement of funds during the campaign period.

In a Cebu Daily News article, Fortuna, a reelectionist candidate under the slate of Mayor Luigi Quisumbing, said that the move by the opposition councilors was “anti-people and anti-poor.”

“Can we tell the people not to get sick because it’s still election time?” he asked.

The vice mayor rejected allegations that they use the disbursement of the cash assistance as a campaign stunt.

“It is not us giving the cash assistance. When the campaign period started, we stopped being there in the distribution because of Comelec restrictions,” according to him.

The CSWS maintained that the distribution of cash aid under the Helps program is valid, citing Comelec Resolution 10511.