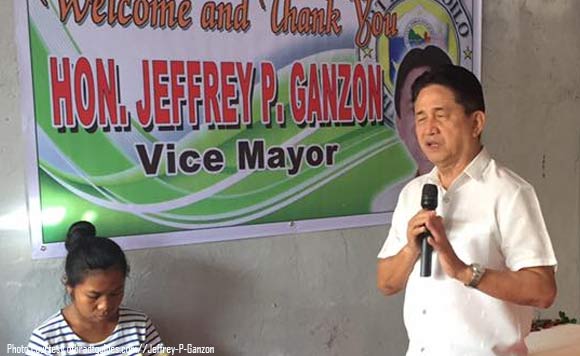 0 351
Share
Want more POLITIKO News? Get the latest newsfeed here. We publish dozens and dozens of politics-only news stories every hour. Click here to get to know more about your politiko - from trivial to crucial. it's our commitment to tell their stories. We follow your favorite POLITIKO like they are rockstars. If you are the politiko, always remember, your side is always our story. Read more. Find out more. Get the latest news here before it spreads on social media. Follow and bookmark this link. https://goo.gl/SvY8Kr

Iloilo City Vice Mayor Jeffrey Ganzon on Tuesday suggested that drug addicts be treated “like they have leprosy” and be placed in an “isolated island”.

Ganzon made the recommendation during the regular session of the Sangguniang Panlungsod (SP) where discussions focused on the request of the Bureau of Jail Management and Penology (BJMP) for the passage of an ordinance that would penalize visitors who bring contraband to the Iloilo City District Jail.

He suggested the “shotgun approach and blitzkrieg attack” to address the problem.

“The government should work it out. We coordinate with the provincial government and try to decide where we will put them,” he said, referring to those who surrendered during the Philippine National Police’s “Oplan Tokhang”.

“(In the island), they will be rehabilitated and provided with livelihood. They can also entertain visitors once a week so they would not be culturally shocked. They will not be allowed to go home when they are not totally healed,” he said.

Ganzon said any other approach would not reform them.

Previously in the Philippines, it was compulsory to segregate people with leprosy, which led to the setting up of a leprosarium in Culion, Palawan.

The city government has its own six-month community-based rehabilitation program dubbed as “Crossroads”.

A complete package, all graduates of the rehab have options to look for work, which is being facilitated by the Public Employment Service Office. They could also avail of skills training provided by the Technical Institute of Iloilo City.

As of last month, 3,381 of the 36,863 drug surrenderers from the region’s five provinces and two highly-urbanized cities were from Iloilo City. Of the figure, 408 have availed of the city government’s rehab program. (PNA)