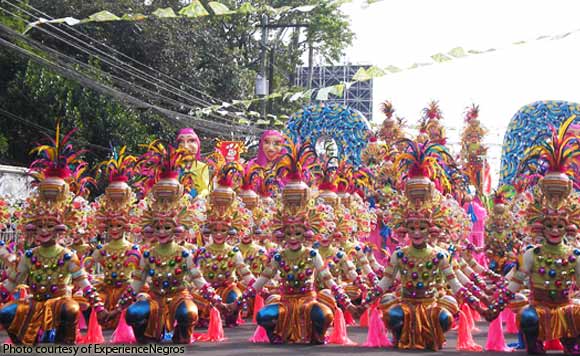 For the second consecutive year, President Rodrigo Duterte will grace the MassKara Festival.

The President’s arrival on October 20, which is part of the three-day festival highlights, was announced by Bureau of Internal Revenue (BIR) Deputy Commissioner Jesus Clint Aranas, who declared the 38th MassKara Festival open on Sunday night.

Last year, Aranas was also the one who confirmed the arrival of President Duterte, who then led the MassKara opening rites held at the plaza.

“This year will be the second time that (the President) will be here,” the BIR official said, adding that the event will be historic.

Aranas said it doesn’t mean that the President does not love the Negrenses just because he ordered the abolition of the Negros Island Region (NIR).

“It is not true,” he said, adding that Negros Island will become a state under a federal government.

“We will have our own state because that is the plan of President Duterte, that is why he will come here to assure us,” Aranas added.

There was a downpour before the program that started around 6:00 p.m. with a parade and Aranas lauded the Bacolodnons for staying to witness the event.

For his part, Leonardia thanked Aranas for gracing the kick-off event, adding that he was happy that the BIR official again announced that the President will again come to Bacolod to witness the MassKara Festival.

As the 22-day festivity, with the theme “Bacolod: City of Southeast Asia,” opened on Sunday, the Bacolod City Police Office went on full alert.

More than 1,600 police, army, reservists and anti-crime volunteers will be deployed to various areas across the city, especially in the three festival sites – the Bacolod Public Plaza, Tourism Strip on Lacson Street, and Bacolod City Government Center. (PNA)