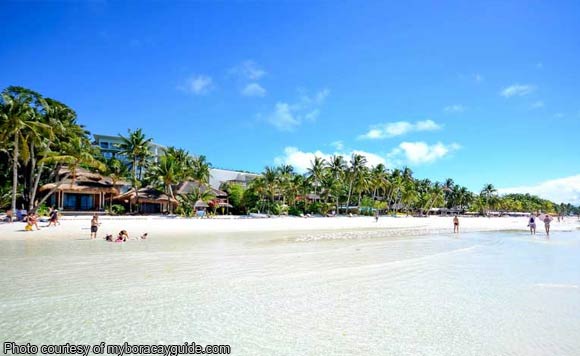 0 845
Share
Want more POLITIKO News? Get the latest newsfeed here. We publish dozens and dozens of politics-only news stories every hour. Click here to get to know more about your politiko - from trivial to crucial. it's our commitment to tell their stories. We follow your favorite POLITIKO like they are rockstars. If you are the politiko, always remember, your side is always our story. Read more. Find out more. Get the latest news here before it spreads on social media. Follow and bookmark this link. https://goo.gl/SvY8Kr

The inspection team saw the need for collaborative effort in rehabilitation, improvement, and widening of the roads in the island to address traffic congestion and flooding.

Others who joined the inspection included (https://thedailyguardian.net/local-news/rehab-task-force-checks-boracay-roads/):

The roads in the island are narrow due to structures closely built along carriageway.

Vehicles, pedestrians, business and the public are forced to share the roads, which become congested.

For his part, Villar said it is imperative that funds be released immediately to start the rehabilitation effort.

He added the continuous improvement of the entire road network would be included in the region’s multi-year infrastructure program starting in 2019.

Meanwhile, DPWH-6 Assistant Regional Director Jose Al Fruto said the DPWH is extending assistance to the demolition/clearing of encroachment, including the removal of obstructions within the 12-meter road right-of-way along Boracay Circumferential Road.

Fruto said this aims to hasten the widening project, which covers an initial length of 5.26 kilometers from Cagban Port to junction Mt. Luho.

Also, the DPWH is hastening the construction of the remaining gaps in the Boracay Circumferential Road for P50 million.