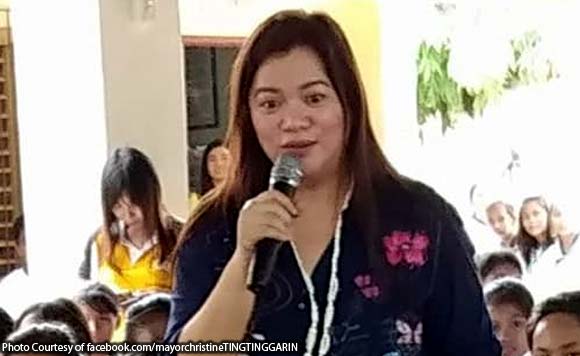 Garin said this as she clarified that the three of the eight firearms registered under Guimbal Mayor Oscar Garin, her father, were not surrendered to the police because these were declared missing.

“We have a police blotter to support this,” the politiko said in a Panay News article, debunking claims that the firearms may have been in the possession of rebels.

Last week, Garin surrendered a total of 14 firearms, owned by her brother Rep. Richard Garin (1st district) and Mayor Garin, to the Guimbal police station after the Philippine National Police revoked their permits after both politicians allegedly mauled a policeman in Guimbal last December 26.

The Police Regional Office 6 (PRO-6) earlier said it would investigate the alleged linked of the Garins to the communist rebels.

Police Officer 3 Federico Macaya Jr. had claimed Rep. Garin threatened to have him killed by the NPA, according to PRO-6 director Chief Superintendent John Bulalacao.