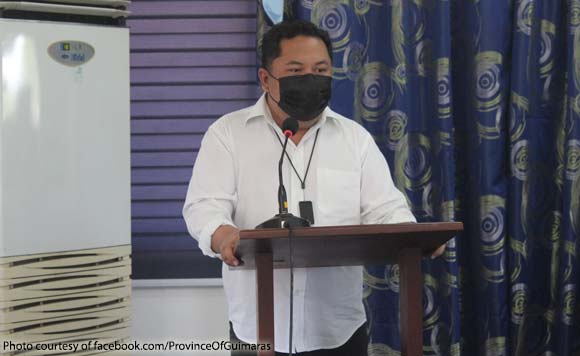 The people of Guimaras are still hopeful that the inter-island bridge connecting the islands of Panay and Guimaras would push through, Vice Gov. John Edward Gando said.

Gando made the statement despite the discouraging pronouncements of Senators Cynthia Villar and Franklin Drilon regarding the implementation of the project.

The vice governor disagreed with Villar’s opinion that Guimaras’ being not so progressive made the proposed bridge less feasible as the economic returns wouldn’t be robust enough. (https://bit.ly/3xLv6AC)

“Senator Villar claimed that Guimaras is not progressive. What standard does she tell us?” Gando asked.

Guimaras, according to him, is far different from what it was years ago.

With no official pronouncement from the Department of Public Works and Highways yet on the fate of the proposed bridge, Gando said, “We remain hopeful that the project will push through.”

In a recent virtual media conference, Villar cited a feasibility study of the DPWH that the projected economic returns of the proposed bridge were “not as best” as the other proposed infrastructure projects of the government.

“Iloilo is very progressive but Guimaras is not,” the mother of Public Works Secretary Mark Villar said.

Drilon in a similar presser said the proposed bridge has not gotten off the drawing board because the Duterte administration was not prioritizing it.