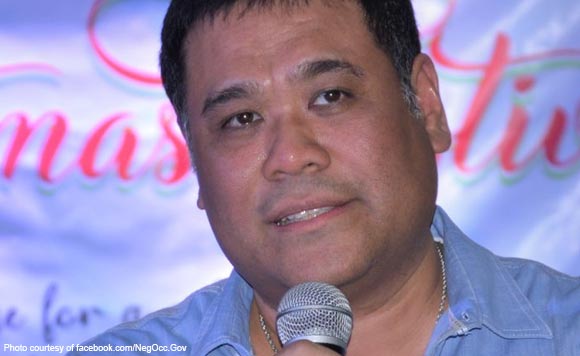 0 922
Share
Want more POLITIKO News? Get the latest newsfeed here. We publish dozens and dozens of politics-only news stories every hour. Click here to get to know more about your politiko - from trivial to crucial. it's our commitment to tell their stories. We follow your favorite POLITIKO like they are rockstars. If you are the politiko, always remember, your side is always our story. Read more. Find out more. Get the latest news here before it spreads on social media. Follow and bookmark this link. https://goo.gl/SvY8Kr

He, however, said that Espenido’s relief will not have an effect on the ongoing anti-drug campaign of the BCPO. (https://bit.ly/2ONUbWM)

The BCPO, according to him, achieved several accomplishments in the drug war, even when Espenido was on vacation for more than a month, following his reassignment to Bacolod City as deputy director for Operations and head of the City Drug Enforcement.

Ferrer said he is not privy to the reason for the relief of Espenido from BCPO. Maybe he is needed in other areas, he also said.

Espenido has been re-assigned to the Office of the Philippine National police chief at Camp Crame on floating status.