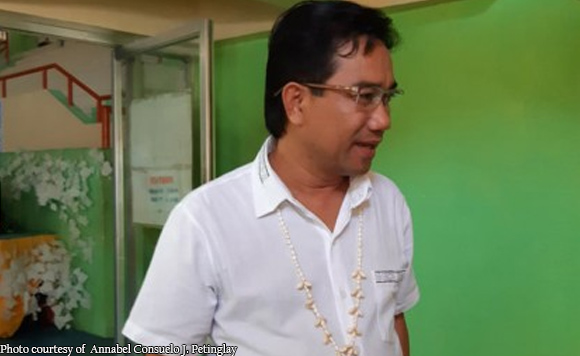 0 915
Share
Want more POLITIKO News? Get the latest newsfeed here. We publish dozens and dozens of politics-only news stories every hour. Click here to get to know more about your politiko - from trivial to crucial. it's our commitment to tell their stories. We follow your favorite POLITIKO like they are rockstars. If you are the politiko, always remember, your side is always our story. Read more. Find out more. Get the latest news here before it spreads on social media. Follow and bookmark this link. https://goo.gl/SvY8Kr

SAN JOSE DE BUENAVISTA, Antique — Antique Vice Governor Edgar Denosta urged school officials and teachers to closely monitor the programs and activities of their students to prevent them from being lured by the New People’s Army (NPA) recruitment.

Earlier, San Jose de Buenavista police chief, Lt. Col. Mark Anthony Darroca said there were ongoing recruitments by the NPA in the capital town of the province and even in other schools in Antique.

By closely monitoring the students, school officials and teachers would be able to gather information about what their activities.

The vice governor said the NPA would not be able to influence the students if they knew that the school officials and teachers are aware of their activities and would report them to the police.

“The intelligence personnel of the Armed Forces of the Philippines should also be adept in getting the information,” said Denosta, who is also a military reserve officer.

Denosta added that out of school youth (OSY) the barangays should also be provided with livelihood programs because they are most vulnerable when they are not busy and have no jobs.

“If the OSYs are preoccupied with their source of living then they mcould not entertain such recruitment of the NPA,” he said.

Darroca said the recruitment of the NPA does not only happen in universities in Metro Manila but also in schools in the provinces, such as Antique.

The CPP-NPA is listed as a terrorist organization by the United States, the European Union, the United Kingdom, Australia, Canada, New Zealand, and the Philippines. (PNA)