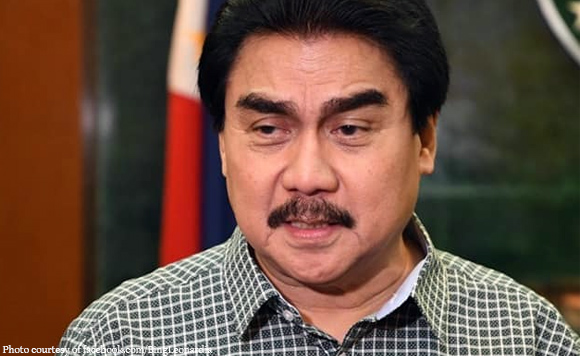 0 485
Share
Want more POLITIKO News? Get the latest newsfeed here. We publish dozens and dozens of politics-only news stories every hour. Click here to get to know more about your politiko - from trivial to crucial. it's our commitment to tell their stories. We follow your favorite POLITIKO like they are rockstars. If you are the politiko, always remember, your side is always our story. Read more. Find out more. Get the latest news here before it spreads on social media. Follow and bookmark this link. https://goo.gl/SvY8Kr

Bacolod City Mayor Evelio Leonardia has asked the Sangguniang Panlungsod to pass an ordinance prohibiting vendors from the Esplanade, which is set for inauguration June 17.

Leonardia cited “peace and order” in pushing for a ban on vendors at the Esplanada, whose inauguration comes on the eve of the city’s charter anniversary.

“It must be free from vendors to maintain its peace and order,” the mayor said in a letter to Vice Mayor El Cid Familiaran where he sought that the city council pass an ordinance to the effect.

He said he and Rep. Greg Gasataya had a meeting with Ma. Regina Piccio, president of Fernando F. Gonzaga, Inc., who expressed concern over the vendors at the Esplanade.

The Gonzagas had donated the property on which the Bacolod City Government Center stands. The Esplanade is beside the government center.

Leonardia wants the Esplanade to become a “landmark and a tourist attraction of the city.”

Under the proposed ordinance, activities at the Esplanade shall be regulated.

This includes the construction of permanent and or temporary structures intended for vending, Leonardia said.

Bacolod City Esplanade costs P37.2 million and is the first of its kind in the city, according to the Department of Public Works and Highways (DPWH) Bacolod District Engineering Office.

District engineer Abraham Villareal earlier said the esplanade is part of the construction of a 440.0-lineal meter revetment wall with floodwall along Lupit River.

Villareal said the project has a dual purpose, protecting the riverbanks from possible erosion as well as for recreation, social, and fitness activities.