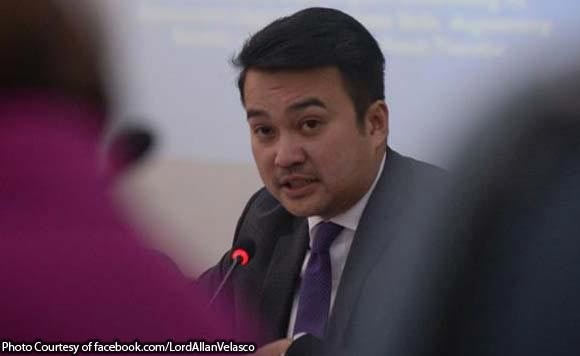 0 1,106
Share
Want more POLITIKO News? Get the latest newsfeed here. We publish dozens and dozens of politics-only news stories every hour. Click here to get to know more about your politiko - from trivial to crucial. it's our commitment to tell their stories. We follow your favorite POLITIKO like they are rockstars. If you are the politiko, always remember, your side is always our story. Read more. Find out more. Get the latest news here before it spreads on social media. Follow and bookmark this link. https://goo.gl/SvY8Kr

MAASIN CITY, Southern Leyte – Marinduque Rep. Lord Allan Jay Velasco is not amenable to the potential term-sharing’ with other potential contenders to become the next House Speaker.

According to Velasco, term sharing will only create instability among legislators and may just weaken the Lower House as an institution.

“I don’t think power/term sharing (in the House of Representatives) is good for the country,” said Velasco.

Just like Romualdez, Velasco got a similar endorsement as House Speaker from President Duterte and Mayor Sara in Marinduque last November.

Velasco said term sharing maybe applicable for the Senate since its members have fixed six-year term but not for the House of Representatives.

Velasco, Romualdez, and former Foreign Affairs Sec. Alan Peter Cayetano are the supposed frontrunners that may replace House Speaker Gloria Macapagal Arroyo when she retires by the end of June.

“Basta sa akin, all I know is Mayor Inday (Sara) will support anyone who support the administration,” said the Marinduque solon.