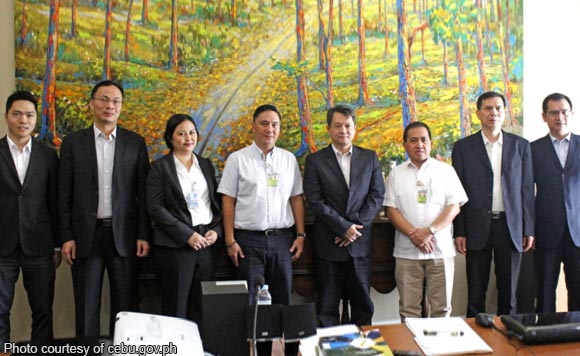 Cebu City and Fujian City in China will become sister cities by September, but this early have lined up programs to strengthen their ties.

Officials from both cities are expected to sign later this year a memorandum formalizing the sisterhood agreement, the Cebu provincial government said.

Governor Hilario Davide III is to fly to Fujian, China in September for the signing of the Memorandum of Agreement.

The agreement signing will be in China, coinciding with the China International Fair for Investment and Trade (CIFIT) on Sept. 8 to 11 in Xiamen.

After the MOA signing in September, sister-city agreements are in the works with Danao, Mandaue, and Lapu-Lapu Cities.

The Cebu provincial government is invited to send two representatives to attend the seminar for 15 days, in April or May 2018 in Fujian.

“The seminar will include site visits to inland and coastal areas of the province, as well as lectures on Fujian culture,” the provincial government said.

Also, the Fujian government is opening the Fujian Provincial People’s Government Scholarship Program to students from Cebu to study in institutions of higher education in Fujian.

Students below 45 who want to pursue graduate or post-graduate studies will be offered Chinese language and culture classes and opportunities “to deeply understand the economic and social development of Fujian.”

“The study period is from September 2018 to July 2019. The tuition and accommodation expenses, as well as comprehensive medical insurance and allowances are covered by the Fujian Provincial People’s Government Scholarship,” the provincial government said.

However, the sending organization has to shoulder the airfare, meals, and utility bills.

For June or July, Fujian is also proposing a two-way cultural exchange for the youth from different sectors, including the media from Cebu and Fujian.