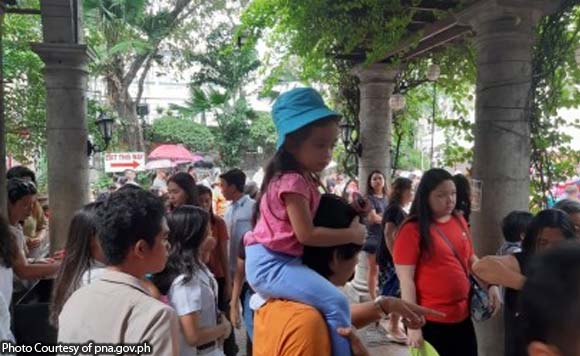 CEBU CITY — A small pouch left unattended in a corner near the entrance of the Basilica Minore del Sto. Niño along P. Burgos street on Wednesday caused alarm among devotees and security staff of the church, the police said.

The church’s security personnel headed by Fr. Aladdin Luzon immediately reported the discovery of the pouch to the Waterfront Police Station at 8 a.m.

The Waterfront police has an outpost between the Basilica and the Cebu City Hall.

The police said there was no reaction from the dogs after sniffing the pouch. “EOD opened the pouch but there was nothing inside it but a pair of sunglasses,” Pomarejos said.

According to him, any alarm related to explosives would be treated with extra caution by the police.

Pomarejos, however, encouraged churchgoers and fiesta revelers to exercise judgment before reporting any bomb threat to the authorities.

The police chief said devotees who are visiting the Basilica should remain calm in case they hear about a bomb threat and immediately report discovery of unattended items.

The police expect more bomb alarms as the Fiesta Señor and Sinulog Festival 2019 gets nearer, he said.

The Basilica’s security personnel have strengthened their watch now that more devotees are coming to church to participate in the novena masses. (PNA)