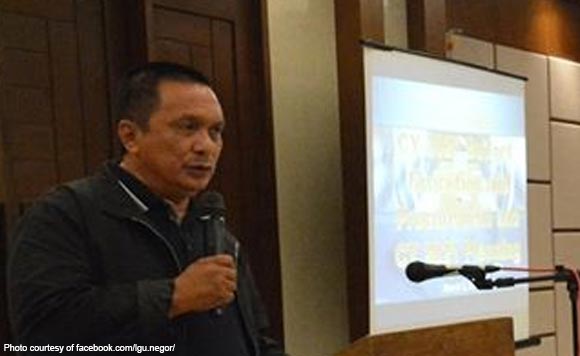 Negros Oriental Governor Roel Degamo on Monday announced the extension of the 14-day enhanced community quarantine (ECQ) in the province to prevent the transmission of the dreaded coronavirus disease 2019 (Covid-19).

The decision came following the governor’s meeting Monday morning with the Inter-Agency Task Force (IATF) on Covid-19 at the Visionnaire’s Lounge of the Negros Oriental Convention Center here.

He said it was a “unanimous recommendation” by the IATF, to include Vice Gov. Mark Macias, the Provincial Health Office, the Negros Oriental Medical Society, Philippine College of Physicians, Armed Forces of the Philippines, Philippine National Police, the transport group, food security group, Department of the Interior and Local Government provincial office, and Provincial Information group, among others.

The decision to extend the ECQ period is meant to prevent the inflow of “imported” Covid-19 cases in the province, whose borders have been sealed to travel by air, land, and sea except for certain exemptions.

As of the latest available data from the Provincial Health Office, the province has had no new positive cases of Covid-19 in recent days, with only two confirmed Covid-19 deaths and two other patients still admitted at the hospital.

Degamo is expected to issue a new executive order on the ECQ extension by April 16, along with the guidelines.

Many residents of the province are supporting the extension through their social media posts.

On the other hand, those whose livelihood and income have been affected by the ECQ, such as ambulant vendors and public transport drivers, as well as those who have temporarily lost their jobs following the shutdown of establishments, want the ECQ lifted and are appealing for help from the government. (PNA)