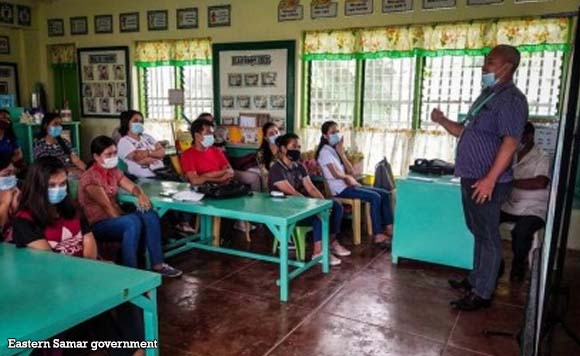 Governor Ben Evardone said the initiative is their way of supporting the learning continuity program of the Department of Education (DepEd) amid the health crisis.

“These teacher-facilitators will serve as tutors for pupils and students to better understand the learning materials and will likewise assist teachers in the distribution of modules,” Evardone said in a phone interview on Saturday.

Hired as job order employees, some 1,300 personnel were deployed to augment the teaching staff of the respective school divisions of Eastern Samar and Borongan City last week.

He said each of them would receive a daily wage of PHP300 and would be required to work three days per week until December, for the initial deployment.

“These are licensed teachers who will be handling learners in primary and secondary schools, depending on their major or specialization,” Evardone added.

Based on the agreement between the provincial government and the two school divisions, the three-month stint of the teacher-facilitators will earn them experience credits they would need when they apply for a regular teaching position.

The DepEd 8 (Eastern Visayas) here lauded the province as the only local government in the region to hire a large number of teacher-facilitators to support the education sector amid the health crisis.

Since the outbreak of the coronavirus disease 2019 (Covid-19), Eastern Samar has confirmed 62 cases, the lowest among the six provinces in Eastern Visayas, according to the Department of Health. (PNA)