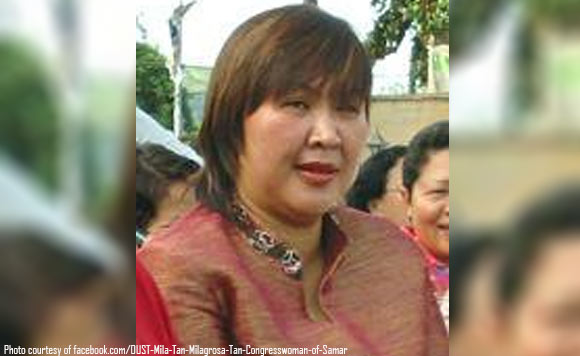 Contrary to her claims, the anti-graft court ruled that the Office of the Ombudsman did not commit inordinate.

“Given the circumstances prevailing in the cases at present, we do not deem as vexatious, capricious, or oppressive the length of time it took for the Ombudsman to complete its preliminary investigation and to file the [case] informations,” read the court’s resolution.

Tan has been charged with eight counts of graft and five counts of malversation over the alleged anomalous purchases which took place in 2007 when she was still governor.

She claimed it took 10 years before graft and malversation charges were filed.

However, the Sandiganbayan stressed the time lapse must only start when the Ombudsman started its preliminary investigation on July 15, 2015.

This means only two years and four months have lapsed since charges were formally filed.

Under the charges, she is accused of taking advantage of her position in giving warranted advantage to Zybermed Medi Pharma for the purchase of various drugs, medicines, and dental

Not only that Pasig City-based firm is not licensed to operate a business in Catbalogan City, the Ombudsman pointed out the purchases were unnecessary.

It reminded that because of this, the Commission on Audit (COA) issued a notice of disallowance (ND) on August 7, 2007.