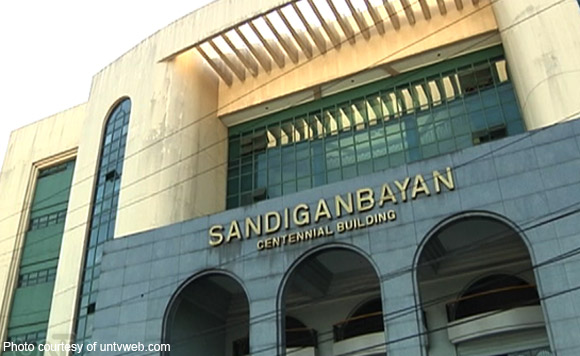 0 432
Share
Want more POLITIKO News? Get the latest newsfeed here. We publish dozens and dozens of politics-only news stories every hour. Click here to get to know more about your politiko - from trivial to crucial. it's our commitment to tell their stories. We follow your favorite POLITIKO like they are rockstars. If you are the politiko, always remember, your side is always our story. Read more. Find out more. Get the latest news here before it spreads on social media. Follow and bookmark this link. https://goo.gl/SvY8Kr

The Sandiganbayan will continue to hear the graft charges against former Iloilo representative Augusto Syjuco Jr. and six others.

The anti-graft court’s Sixth Division denied the motion for leave to file demurrer to evidence filed by Syjuco and his co-respondents due to lack of merit.

“The court finds that, if unrebutted, the same is sufficient to support a verdict of guilty for violation of Sections 3 (g) and (e) of R.A. 3019 against the accused,” the Sandiganbayan resolution read.

Syjuco, also the director-general of the Technical Education and Skills Development Authority (TESDA), is facing charges for violation of Sections 3 (g) and (e) of the Anti-Graft and Corrupt Practices Act. (https://dailyguardian.com.ph/graft-raps-trial-vs-syjuco-6-others-to-continue/)

They were charged over a supposedly overpriced TESDA training materials amounting to P61 million when Syjuco headed the agency.

The Public Services Labor Independent Confederation, a group of government workers, filed the case against Syjuco in 2009, accusing him of irregularities in the purchase of equipment for two Tesda programs—the Ladderized Education Program and Nordic Development Fund.

In its 2009 annual report, the Commission on Audit found that the training tools were overpriced by P60,964,195, with the excess costs ranging from 4 to 42,723 percent per item. The delivered items were substandard and not used by Tesda training and regional offices.

Syjuco said he should not be held criminally liable for the failure of the supplier to comply with its contractual obligations. The prosecution, he added, failed to identify any specific duty that he violated.

The ex-politiko also said he merely relied on the reports of subordinate officials as to the progressive performance of the supplier.