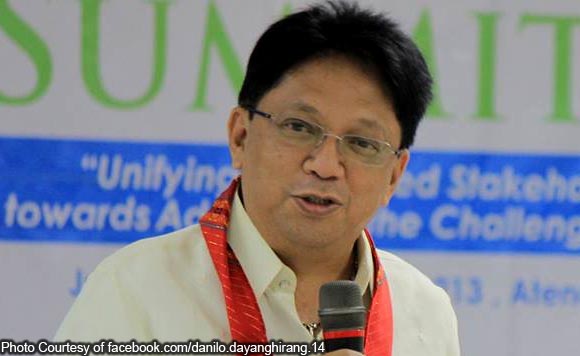 0 326
Share
Want more POLITIKO News? Get the latest newsfeed here. We publish dozens and dozens of politics-only news stories every hour. Click here to get to know more about your politiko - from trivial to crucial. it's our commitment to tell their stories. We follow your favorite POLITIKO like they are rockstars. If you are the politiko, always remember, your side is always our story. Read more. Find out more. Get the latest news here before it spreads on social media. Follow and bookmark this link. https://goo.gl/SvY8Kr

Residents in parts of Luzon affected by Typhoon Nina late last year are getting P3 million in additional aid from Davao City.

“We received a letter of urgency from the Mayor’s office for the approval of the additional P3 million financial assistance for the victims of Typhoon Nina. The fund will be coming from the Calamity Fund of the city for this year,” said councilor Danilo Dayanghirang, who chairs the council’s committees on finance and ways and means.

A breakdown of the aid includes:

– Gasan, Boac, Mogpog and Torrijos towns in Marinduque will receive P250,000 each
– Quezon and Batangas will get P1 million each

Expected to benefit are 43,620 families affected by the typhoon.

“We also authorized Mr. Jaldon to check the condition of the provinces and to monitor that the money will be used for the benefits of the people,” he added.