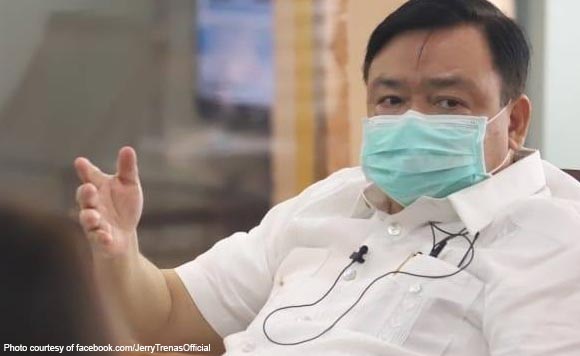 His fresh call came after the Department of Health (DOH) tallied a “dubious” record of 38,075 coronavirus disease recoveries nationwide in a single day.

According to the mayor, the “miraculous” DOH’s adjustment – now identifying mild and asymptomatic cases who stayed healthy for 14 days as recovered patients – is enough for President Rodrigo Duterte to fire Duque.

“We have already overtaken China [for Covid-19 cases] and all of sudden DOH comes up with this idea,” he added.

If the secretary cannot perform as Health chief, Treñas believes “it is about time he gives up his position.”

Duterte should hire more qualified and competent doctors who can “deliver the goods better” in addressing the health concerns of the country, the local chief executive also said.

Meanwhile, the DOH explained that the surge in the number of recoveries was attributed to enhanced data reconciliation efforts with local government units through “Oplan Recovery.”

“The massive data reconciliation efforts have resulted in faster and more accurate tagging of health statuses, particularly on death and recoveries. Data on recovery reconciliations will be reported every 15 days,” the agency said.