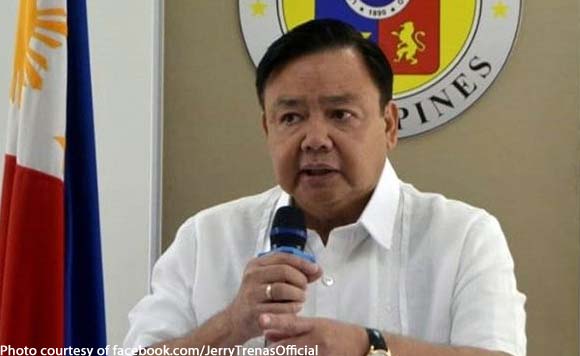 0 324
Share
Want more POLITIKO News? Get the latest newsfeed here. We publish dozens and dozens of politics-only news stories every hour. Click here to get to know more about your politiko - from trivial to crucial. it's our commitment to tell their stories. We follow your favorite POLITIKO like they are rockstars. If you are the politiko, always remember, your side is always our story. Read more. Find out more. Get the latest news here before it spreads on social media. Follow and bookmark this link. https://goo.gl/SvY8Kr

Iloilo City Mayor Jerry Treñas announced that he will acquire three units of modernized jeepneys in 2020 for convenient and easy transportation of city hall employees.

“These jeeps will provide easy transportation for our street sweepers, traffic aides, and personnel of City Environment and Natural Resources Office and beautification program of the city to their places of assignment,” said Treñas.

“This new mode of transportation is one way of leveling our services for our city employees so that they can also serve our people more efficiently,” he added.

The features and facilities of the vehicle, which costs more than P2 million, impressed the mayor. (https://bit.ly/36vK8fr)

“I was impressed with the specs of the modern jeepneys for it is air-conditioned, has handrails, has CCTV cameras and has 30-passenger capacity. The brand of the jeepney was City Optimized Managed Electric Transport,” according to him.