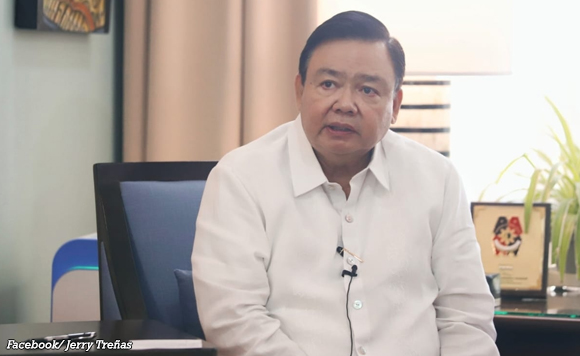 0 86
Share
Want more POLITIKO News? Get the latest newsfeed here. We publish dozens and dozens of politics-only news stories every hour. Click here to get to know more about your politiko - from trivial to crucial. it's our commitment to tell their stories. We follow your favorite POLITIKO like they are rockstars. If you are the politiko, always remember, your side is always our story. Read more. Find out more. Get the latest news here before it spreads on social media. Follow and bookmark this link. https://goo.gl/SvY8Kr

Iloilo City Mayor Jerry Treñas fears that the city may escalate to Alert Level 4, as more than 1,000 new Covid-19 infections were recorded over the weekend.

The rapid increases in cases may be due to the Omicron variant, said Treñas. (https://bit.ly/3FSSONZ)

He also pointed to the increased number of people having their RT-PCR test samples collected at the La Paz Plaza Gym, which is open to free testing for those who are symptomatic and close contacts of infected individuals.

“Most of these cases are mild and asymptomatic, and we can see that many of these come from offices, after which it would affect respective households. We and the [Department of Health] think that this may already be because of the Omicron variant,” the mayor said.

Treñas raised the possibility that the city will be placed under the country’s second-strictest alert level status.

The city’s Health Care Utilization Rate (HCUR), which refers to the percentage rate of Covid-dedicated hospital beds and mechanical ventilator units being used, already reached 70 percent, according to him.

“Our HCUR has reached over 70 percent for the past few days. I met with the hospitals and they committed to increasing their COVID Ward and ICU beds, but some hospitals cannot help as of this time because they lack nurses. They also had requests for additional nurses, which we have followed up with the DOH,” he also said.