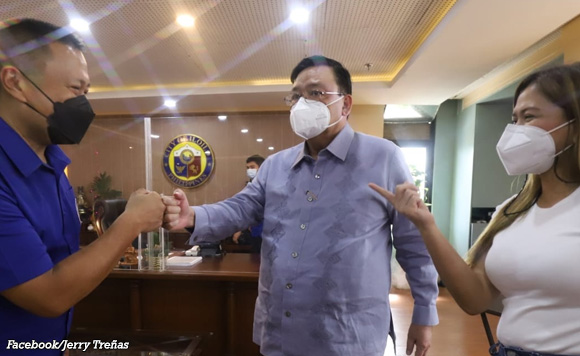 Ejercito will arrive today, April 25 to join Senate Minority Leader Franklin Drilon and the local officials in the Topping Out Ceremony of the Ungka II Flyover and the Groundbreaking of the Iloilo Sunset Boulevard in Arevalo district.

“Senator JV Ejercito is a good, passionate and dedicated man. He proposed laws of long-lasting impact such as the Universal Healthcare Law and the creation of the Department of Human Settlements and Urban Development. He deserves a fresh term in the Senate,” said Baronda. (https://bit.ly/3xQy4pK)

“Senator JV Ejercito, we are with you in your quest to join the Senate one more time and advance your transformational and visionary pieces of legislation. We deserve a good Senator in you,” she added.

Baronda and Ejercito first met in 1997 when the latter was looking for youth leaders to campaign for his father, former President Joseph Estrada.