Treñas apologizes for gay slur: I have been insensitive 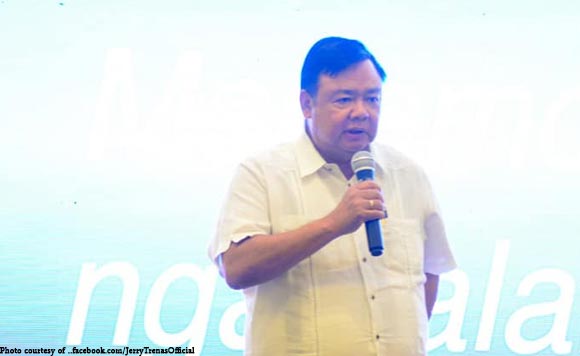 0 246
Share
Want more POLITIKO News? Get the latest newsfeed here. We publish dozens and dozens of politics-only news stories every hour. Click here to get to know more about your politiko - from trivial to crucial. it's our commitment to tell their stories. We follow your favorite POLITIKO like they are rockstars. If you are the politiko, always remember, your side is always our story. Read more. Find out more. Get the latest news here before it spreads on social media. Follow and bookmark this link. https://goo.gl/SvY8Kr

Iloilo City Mayor Jerry Treñas apologized to the LGBTQ community in the wake of his “insensitive” remark in connection with the legal battle between rival power distributors Panay Electric Co. (PECO) and MORE Electric and Power Corp. (MORE Power).

“In my passion to protect people’s interest against this power struggle that continues to affect Ilonggos, I have been insensitive in my choice of words that seemingly discriminated the LGBTQ,” said Treñas.

Urging for an immediate resolution to the cases PECO and MORE Power filed against one another, the city mayor said on Monday: “Indi pwede ang korte mag inagi (Courts can’t be sissies). They will have to decide one way or the other.” (https://bit.ly/2P88DcK)

Treñas clarified that it was not his intention to offend members of the other sex.

“I express my utmost apology to the LGBTQ and to everyone who were slighted by my statement. Rest assured that I and the city government always have the best interest of the LGBTQ community at heart,” he said.

Continue Reading
0 246
Share
Politiko would love to hear your views on this...
Trending News
More Stories