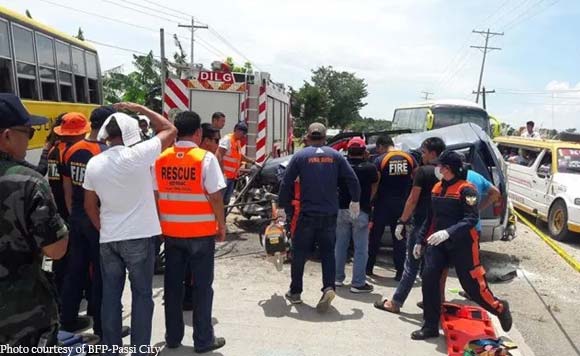 0 627
Share
Want more POLITIKO News? Get the latest newsfeed here. We publish dozens and dozens of politics-only news stories every hour. Click here to get to know more about your politiko - from trivial to crucial. it's our commitment to tell their stories. We follow your favorite POLITIKO like they are rockstars. If you are the politiko, always remember, your side is always our story. Read more. Find out more. Get the latest news here before it spreads on social media. Follow and bookmark this link. https://goo.gl/SvY8Kr

Crime in Iloilo province spiked by almost 40 percent in the first seven months of this year, according to the Philippine National Police’s Enhanced E-Blotter or the Crime Incident Reporting and Analysis System (CIRAS).

Provincial police said traffic incidents are a major factor for the spike – 1,926 cases were recorded from January to Juluy, 1,001 more than the same period last year.

“This happened because some traffic incidents were previously not encoded to the CIRAS but during validation, it was found out that some of which have crime elements. In order to generate a more accurate and reliable information, all traffic incidents are already encoded in 2019,” the IPPO said.

Meanwhile, the IPPO recorded a Crime Clearance Efficiency of 75.6 percent, an 11-percent drop from the 84.95 percent in the same period last year.