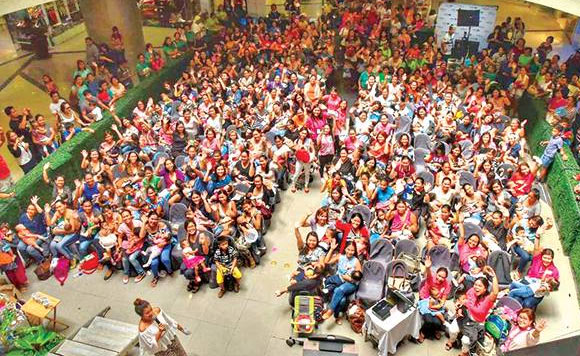 0 594
Share
Want more POLITIKO News? Get the latest newsfeed here. We publish dozens and dozens of politics-only news stories every hour. Click here to get to know more about your politiko - from trivial to crucial. it's our commitment to tell their stories. We follow your favorite POLITIKO like they are rockstars. If you are the politiko, always remember, your side is always our story. Read more. Find out more. Get the latest news here before it spreads on social media. Follow and bookmark this link. https://goo.gl/SvY8Kr

The Iloilo City Health Office is embarking on an intensified campaign to promote breastfeeding, for the health and development of children.

Dr. Jennifer Anceno of the City Health Office stressed the importance of the practice during a pre-screening activity at City Hall last Aug. 10.

Highlighting the event was a “Star Baby” expo where babies are judged based on growth and development (50%), and personality and charm (50%).

A second category, “Mother and Child,” judges participants according to the personality of the mother and child (70%) and their charm (30%).

Anceno said one of the objectives of the activity is to showcase that breastfed babies will be productive and healthy.

With the activity, she said they can encourage more mothers to practice breastfeeding especially during the critical stages of the baby.

The activity is on its fifth year, and is a prelude to the 81st Charter Day anniversary of Iloilo City.