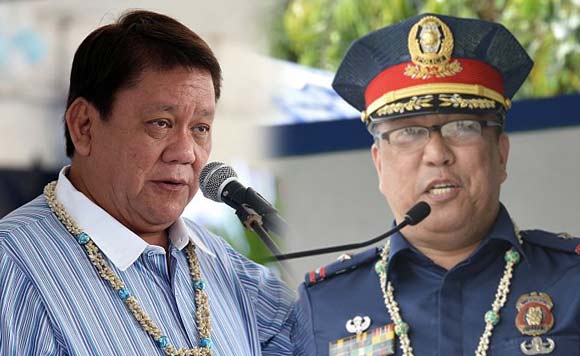 0 853
Share
Want more POLITIKO News? Get the latest newsfeed here. We publish dozens and dozens of politics-only news stories every hour. Click here to get to know more about your politiko - from trivial to crucial. it's our commitment to tell their stories. We follow your favorite POLITIKO like they are rockstars. If you are the politiko, always remember, your side is always our story. Read more. Find out more. Get the latest news here before it spreads on social media. Follow and bookmark this link. https://goo.gl/SvY8Kr

Reasons for the relief were not stated in the order from Camp Crame except that Espino was among the 12 Philippine National Police (PNP) officials reassigned to other posts.

The relief order came from Camp Crame and copies were distributed to some members of the local media.

According to the order issued by Director Rene Aspera of the Personnel and Records Management in Camp Crame, Espino was reassigned to PRO-10 in Northern Mindanao.

Espino was not available for comment as he was still presiding over the meeting of police officials in preparation for the Sinulog Grand Parade and Mardi Gras when the order was received by the PRO-7.

Cebu City Mayor Tomas Osmeña, meanwhile, expressed surprise over the relief of Espino, saying he had not received any derogatory reports against the PRO-7 chief other than the rumors that the regional director had been allegedly asking payola from illegal gambling operators.

“I have no derogatory reports about him (Espino), except this ‘tsismis’ which I don’t believe,” Osmeña said.

Directorate for Integrated Police Operation in Visayas chief Rolando Felix, on the other hand, said the reshuffling of officials is normal practice in the PNP.

“This is just a routine reshuffling,” Felix said. (PNA)