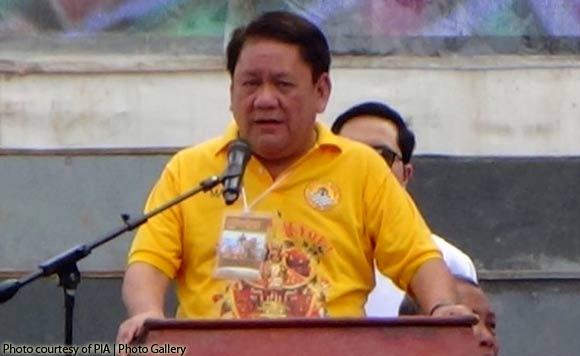 Mayor Tomas Osmeña of Cebu City is facing cyber libel before the Cebu City Prosecutor’s Office after he allegedly called a councilor “a councilor for the team of drug addicts” in a social networking site, The Freeman reported.

Councilor Jocelyn Pesquera, a candidate for Congress in the city’s South District under Partido Barug, alleged that Osmeña violated Republic Act 10175 or the Cybercrime Prevention Act of 2012.

“That there was a malicious imputation of a crime or of a vice or defect, real or imaginary, or any act, omission, condition, status or circumstance committed by the respondent Tomas R. Osmeña and Hanna Millicent,” her March 1 complaint read.

Osmeña, she claimed, screenshot her post over a memorandum issued by the National Telecommunications Commission (NTC) and shared in his Facebook wall, where Millicent, a resident of Alcoy town, commented.

Said memorandum has a caption: “Notice to all who will attend the Fluvial Procession and Solemn Procession on January 19 and Sinulog Grand Parade on January 20.”

Pesquera said she was informed by a friend that her post with an alleged defamatory caption was being shared and posted by Osmeña in his Facebook account.

“True enough, Tomas R. Osmeña took a screenshot of my post regarding the Memorandum issued by NTC; publicly posted it and/or shared it in his Facebook account; and in the caption of the same post Tomas R. Osmeña called me a councilor for the team of drug addicts [Team Suyop] then followed it up by sarcastically thanking me for leaking internal government communication and compromising the safety of over 2 million people who will be joining the Sinulog parade,” she stated.

Due to malicious public imputations made by Osmeña and Millicent, Pesquera said she is suffering serious anxiety, besmirched reputation, mental anguish, sleepless nights, as well as the damage to her career, reputation, and honor.