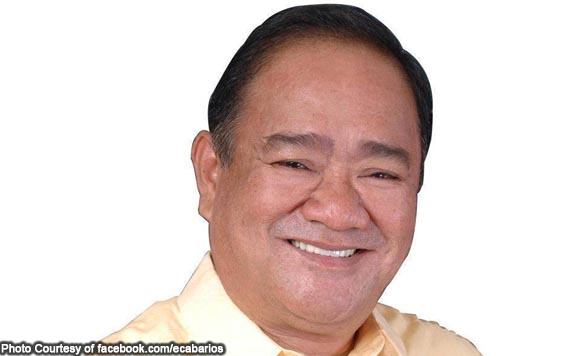 0 317
Share
Want more POLITIKO News? Get the latest newsfeed here. We publish dozens and dozens of politics-only news stories every hour. Click here to get to know more about your politiko - from trivial to crucial. it's our commitment to tell their stories. We follow your favorite POLITIKO like they are rockstars. If you are the politiko, always remember, your side is always our story. Read more. Find out more. Get the latest news here before it spreads on social media. Follow and bookmark this link. https://goo.gl/SvY8Kr

Former Zamboanga Sibugay council member Eric Cabarios has been slapped with a jail term of up to 40 years for pocketing more than P100,000 in financial assistance for the poor.

Court records show that in 2010, Cabarios conspired with provincial board employees Michelle Navalta and James Ismael Revantad in encashing checks totaling P106,828 from from the provincial government’s fund.

The three conspired to falsify the disbursement vouchers and several other supporting documents to make it appear that the amount was distributed as financial assistance to alleged beneficiaries of the provincial government’s Aid the Poor Program.

However, the court indicated that the prosecution was able to show that the beneficiaries were “considered fictitious or non-existing because they could not be located….despite the audit team exhausting all efforts to locate them”.

Meanwhile, the court ordered the cases against Navalta to be temporarily archived since she remains at large, while Revantad has just surfaced.