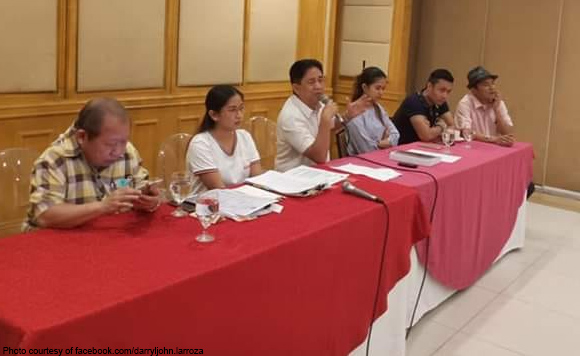 The allies of Rep. Jerry Treñas of Iloilo City in the Sangguniang Panlungsod (SP) will again skip today’s special session which is set to tackle the recommendation to declare a state of calamity due to El Niño.

Presiding officer, Vice Mayor Jeffrey Ganzon said the boycott would effectively derail the request to place the city under state of calamity.

The declaration will allow the city government to use its calamity fund amounting to P121 million.

“I cannot see any reason for the release of calamity funds or for the (declaration) of a state of calamity. They have not specified how much money is needed to mitigate El Niño,” said Ganzon in a Panay News article.

The vice mayor and other allied councilors said the city government should use its trust fund help those affected by the El Niño.

Councilor Leila Luntao is on official travel. It was unclear whether Councilor Armand Parcon filed a leave of absence for today.

With their absence today, Ganzon said the SP won’t be able to hold a special session for lack of quorum.

Under the Local Government Code, the 15-member SP needs nine members present to constitute a quorum.