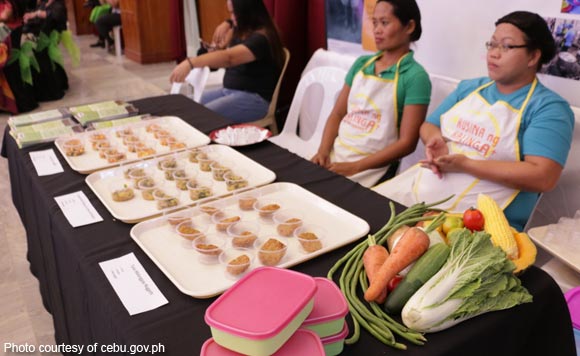 The Cebu provincial government will soon be expanding its feeding program to Samboan, Catmon and Madridejos towns, in cooperation with Gawad Kalinga and other government agencies.

Provincial officials signed a memorandum of agreement with GK and other agencies to implement the Kusina sa Kahimsug ug Pag-amuma program last April 27.

The signing took place at an anti-hunger summit participated in by at least 19 towns in Cebu and officials from Compostela Valley.

Cebu Governor Hilario Davide III stressed the importance of the summit in finding ways and strengthen the government’s drive to end hunger and malnutrition.

At the summit, Compostela Valley Governor Tyron Uy cited his province’s experiences and successful plans in the anti-hunger and malnutrition campaign.

He added Cebu can replicate the program, as Cebuanos are innovators and a frontier of development in the Visayas.

For his part, San Remegio (Cebu) Mayor Mariano Martinez cited the development of the feeding program as his town volunteered to be the pilot area of the Cebu Provincial Government’s KKP program.

In San Remegio, two centralized kitchens were set up with the cooperation of its local volunteers and parents.

The project provided lunch for at least 5,000 kindergarten and Grades 2 to 6 students who were identified as “wasted” and “severely wasted.”

The Nutritionist Dietician Association of the Philippines defines wasted and severely wasted children as two types of malnutrition.

Severely wasted children can sit but cannot stand. They can speak but cannot complete phrases.

The concept of using a system with centralized kitchen was introduced during the 2017 End Hunger Summit.

Other agencies involved in the effort include the Department of Education Cebu Province Division, Department of Social Welfare and Development 7, Gawad Kalinga, and the San Remigio town.