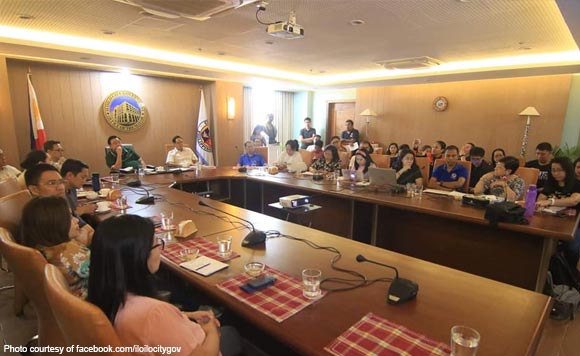 0 255
Share
Want more POLITIKO News? Get the latest newsfeed here. We publish dozens and dozens of politics-only news stories every hour. Click here to get to know more about your politiko - from trivial to crucial. it's our commitment to tell their stories. We follow your favorite POLITIKO like they are rockstars. If you are the politiko, always remember, your side is always our story. Read more. Find out more. Get the latest news here before it spreads on social media. Follow and bookmark this link. https://goo.gl/SvY8Kr

Even a religious event proved no match for the scare caused by the COVID-19 virus, as officials in Iloilo province and Iloilo City canceled a “Run for Jesus” event scheduled on Thursday, Feb. 27.

The decision to cancel the Iloilo religious run came a week after a similar “Run for Jesus” was organized in Daegon City, Korea wherein one of the churchgoers was diagnosed for the infection.

Authorities are also tracking Koreans who already arrived in Iloilo for the event (https://dailyguardian.com.ph/virus-halts-run-for-jesus-religious-event-in-city-cancelled-over-covid-19-concerns/).

Earlier, South Korea reported a surge in COVID-19 cases in the past days, causing concerns among health officials in Iloilo.

During the coordination meeting Tuesday, several government agencies from the city and province including the Department of Health (DOH) in Westeen Visayas recommended for the cancellation of the event as a precautionary measure against COVID-19.

The event was expected to draw around 20,000 participants, including Koreans.

Several Koreans have already arrived in Panay Island and more are expected to arrive through the Kalibo International Airport even before the cancellation of the event.

Authorities in the city are still tracking four Koreans who arrived for the event and were allegedly billeted in hotels in the city.