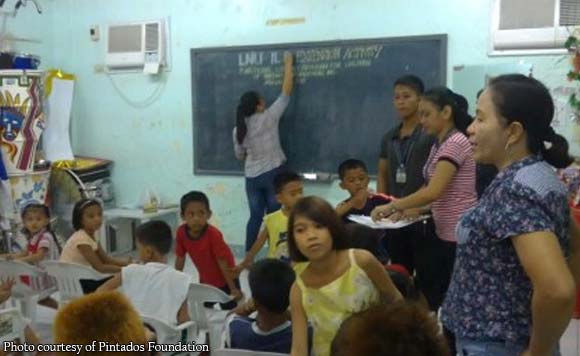 TACLOBAN CITY — An organization engaged in a decade-long rivalry with the city government has been asked to vacate their office inside the city hall compound, an official confirmed.

The city government sent a letter to Pintados Foundation, Inc. asking them to relocate out of the city hall complex, said Eugene Tan, the foundation president.

Pintados Foundation is the organizer of the Pintados Festival, a competitor of the Sangyaw Festival revived by the city government in 2008. Both festivals have been staging separate events as part of the city fiesta celebration every last week of June.

Tan said that before receiving a letter from city engineering office head Dionisio de Paz, he has been getting information on the city government’s plan.

“This has been going on for the past four months. So we told them to put that in writing, which they did,” Tan told reporters on Tuesday.

In a letter dated Aug. 5, 2019, de Paz said the city government found that the non-government organization has no legal basis to use the property.

“Your office vicinity being situated within the city hall grounds is one of the portions to be utilized by the city government of Tacloban. Unfortunately, our records do not confirm any legal documents as the basis of your occupancy,” the letter stated.

The city government asked Pintados to show legal proof of their occupancy within 15 days. The foundation received the letter on Sept. 17, 2019.

“We have been there for more than 15 years. It was built through funding support from the Presidential Management Office after the Department of Social Welfare and Development invited Pintados to put up a center to help street children,” Tan explained.

“We never stopped our duty in helping the street children because they were rampant during that time. In fact, until now, we still have classes for children in the center every Saturday and Sunday,” he added.

Tan said that they are now searching for the document that gives them the authority to use the facility. He added they will exert all legal remedies to solve this problem.