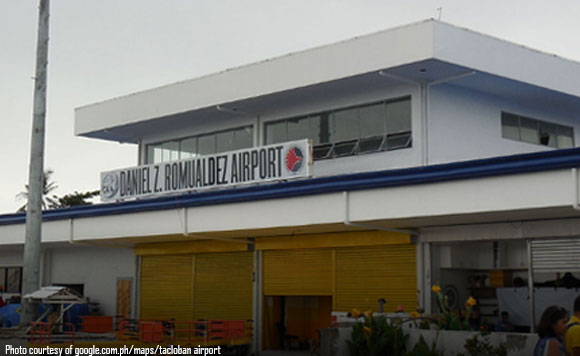 The Civil Aviation Authority of the Philippines (CAAP) is eyeing to reopen the Tacloban Airport after its runway was shut down late Wednesday afternoon due to emerging potholes.

Abarreta said they were forced to close the airport at 5:29 p.m. on Wednesday after a pilot of Air Asia reported that some portion of 2,138-meter runway is no longer safe for landing and takeoff.

The shutdown has cancelled six inbound and outbound flights on Wednesday night.

Affected by closure on Thursday were eight flights of Air Asia, six Cebu Pacific flights and eight from Philippines Airlines.

The emergency repair has stranded more than 3,000 passengers bound for Tacloban, Cebu, and Manila on Thursday, said Abarreta.

“We already noticed developing potholes late last year, but runway surface has further deteriorated after weeks of continuous rains in the region. There is schedule for permanent replacement of overlay,” Abarreta said.

The official told reporters that there are about 100 potholes of different sizes at the airport’s runway. The biggest has a diameter of 50 centimeters.

The emergency repair is on top of the scheduled long term asphalt overlay project for its runway, which has been running since Dec. 3, 2017 every 9 p.m. to 4 a.m. The project will be completed this January 24.

The domestic airport, officially known as Daniel Z. Romualdez Airport, is the country’s seventh busiest with an average of 3,200 daily passengers’ traffic.